Home of the Marshfield Bluejays! 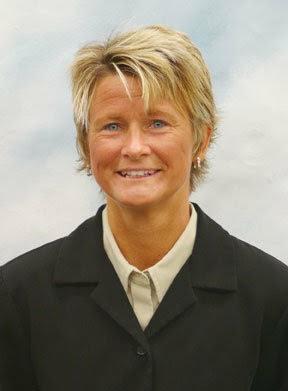 Ronda Hubbard is a graduate of Kickapoo High School and Missouri State University. Hubbard was the point guard on the 1985 Lady Chiefs state championship team and played for the Lady Bears of MSU. She began her career in athletics as the head girls’ basketball coach at Springfield Catholic High School. In her three years leading the Lady Irish, her teams won two state titles and had a third place finish. She spent the next 22 years coaching women’s basketball at the collegiate level. This included time at Southwest Baptist University, Rockhurst University (Kansas City), the University of Texas-Pan American, and Missouri Southern State University (MSSU) in Joplin. Hubbard spent fifteen years as Head Coach and Associate Head Women’s Coach at MSSU (15 years). She completed her college coaching career as the Head Women's Coach at MSSU from 2013-2016. In 2016, Coach Hubbard left the collegiate coaching ranks to pursue her lifelong dream of being Athletic Director. She was selected to serve as Assistant Principal and Athletic Director at Grandview High School in Hillsboro, Missouri. During her two years there, she led the Grandview athletic department through a growth and improvement process across all sports. Ms. Hubbard began working for Marshfield R-I Schools in 2018 as the Athletic Director.

"Being born and raised in this area, coming back to Southwest Missouri was always the goal, to be closer to my family. I've always had so much respect for the Marshfield District and Athletic teams from years ago and knew I wanted to be a part of that type of District and Community. One that realizes the impact of extra-curricular activities and takes pride in the efforts and accomplishments of its students."

"What I love about being Marshfield's Athletic Director is supporting the students and the coaches. I love watching our students work hard to achieve goals. I love mentoring our coaches and helping them be the best they can be for our student athletes."